This week definitely came with some rough patches and a little bad luck. Shortly after Damascus I realized that my feet had swollen so much that they outgrew my shoes, so I had to cut slits in the sides of them so my feet would have more room. It helped some, but I’ve still been in a lot of pain. There’s no store for a long time that would have the quality of boots I need, so I had to have some shipped ahead and won’t be able to get them until Friday.

Trail Days shook up everyone’s position on the trail, so I’ve been surrounded by new people instead of people I’m already friends with. In a way that’s been nice because I’ve met lots of new people, but it’s also a little bit lonely. On top of that, I’ve wound up not doing laundry for about 12 days, which is a really long time when you have one set of clothes and engage in heavy athletic activity every day. I keep trying to, but something always gets in the way.

Finally, I spent Sunday night camped in my tent in a field on an exposed mountaintop during a series of sudden and very severe thunderstorms with winds over 50 mph and torrential rain. Luckily my tent held up amazingly well and I barely got wet, but I spent most of the night awake, watching the tent walls move crazily in the wind. At a few points I grabbed on to the top of my tent to try and keep it stable because I was worried the poles would snap. Between all those things, this week was definitely one of the worst ones I’ve had out here.

But even with all of the bad stuff, there were lots of great things that happened. I got to hike through Grayson Highlands and see the wild ponies, which was amazing. I saw lots of other wildlife including deer, a rare blue speckled salamander, a snapping turtle, and at least 7 or 8 snakes. There was lots of trail magic this week, including a church cookout that came with a bunk and a shower and several other church cookouts that just came with hamburgers and snacks. Lots of churches along the trail like to “minister” to hikers, which can be a little awkward but generally works out in our favor. The weather has also been gorgeous, except for that one nasty storm, and there hasn’t been a rainy day in a minute. Honestly, even when things get tough out here it’s hard to be too mad about it because I’m still just lucky to be here.

I’ve been having a lot of feelings about hiking back through Virginia now. Another hiker who’s from Roanoke told me that she could sense being back in our home state before she even got to the sign. I didn’t feel it that strongly, but I can definitely tell I’m back. I don’t know the area I’ve been in well, but even just knowing the laws around drinking and that every store has a public bathroom makes it feel familiar. I also know the mountains, the animals, and the climate here well, which makes it feel friendlier than other sections of trail. These 544 miles (around 5-6 weeks) will be the longest time that I’ve spent back in the state since I was a 17 or 18. Being at a point in my life where I have the opportunity to figure out where I want to be at next, I’m going to take some time to ruminate on what it means to be from here and if it’s a place I might ever be happy going back to.

In a lot of ways it feels like I’ve lived two completely different lives in two different places. I lived in Rockingham County, VA, until just after I turned 17, when I moved to NYC to go to college and start the rest of my life. I lived there for around six and a half years, until I left in April to hike the trail. I say Rockingham County rather than somewhere more specific because I grew up out in the sticks in Union Springs until I was 15, then we moved about 10 miles to the small town of Bridgewater where I lived for two years before I left. I hated Bridgewater and it’s never felt like home to me, but it’s where my mom still lives and where I go when I visit. Between my dad getting dying and being queer and moving from the woods into town and mental health issues that probably would have surfaced regardless, I had a really rough time as a teenager. My solution, which kind-of worked, was to run away to the big city as soon as I could. New York gave me a lot of space and independence and other things that I needed and I’m incredibly grateful for my time there. However, it feels like I was a very different person there than I was in Virginia. The landscapes and environments are essentially polar opposites, and in running away from everything in Virginia I think I shed some things that I didn’t necessarily want to lose.

Being back in the mountains again does really feel like home. I knew that I was missing something that’s out in these mountains, but I don’t know if I really understood how much. There were a lot of sensations, like how the woods feel right before a thunderstorm, that I always loved but had forgotten about being in the city for so long. Of course, there are plenty of things I miss about the city. But thinking about the things I love in New York now, I would much rather do everything as a tourist rather than someone who has to pay rent and take the MTA every day. Cities do tend to be more progressive in many ways, although not all ways, which can make life much easier, especially as a trans person. But New York also came with so much stress and it wore me down.

I think that what I need to find next is a place where all the different sides of me that have developed over the years can exist in one place. Somewhere that I can spend plenty of time in nature, especially the mountains and forests, but also get most of the benefits of being in a city like laws that will protect me based on my gender and sexual orientation and the larger queer community. Ideally maybe a relaxed city where I can drive and go to the woods whenever I feel like. Rockingham County wasn’t the place and New York wasn’t the place, but I’m sure the right place is out there.

This week brought some good things and some bad, and it gave me a lot to think about. It looks like my luck is finally starting to turn around since I got to do some laundry and will get to see my sister on Thursday, as well as hopefully pick up my new boots and some other gear items. And I have a few more months, including a few more weeks of Virginia, to think through my relationship to this place and where I want to wind up next. here are some of my favorite pictures from this week: 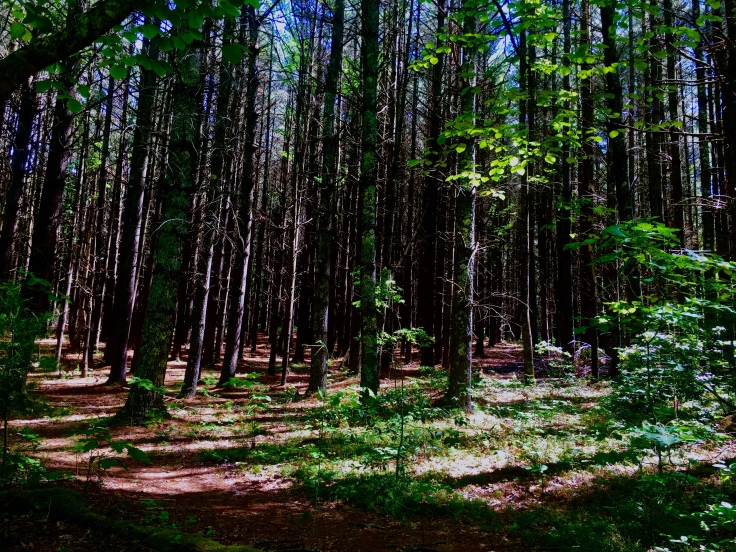 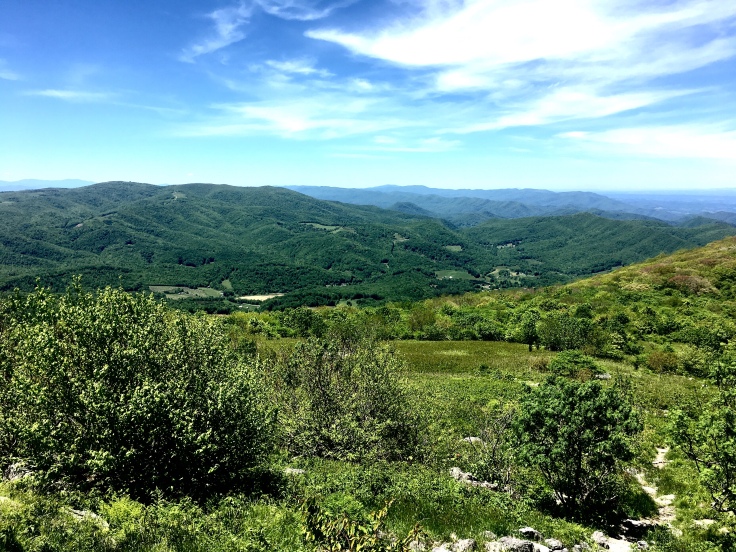 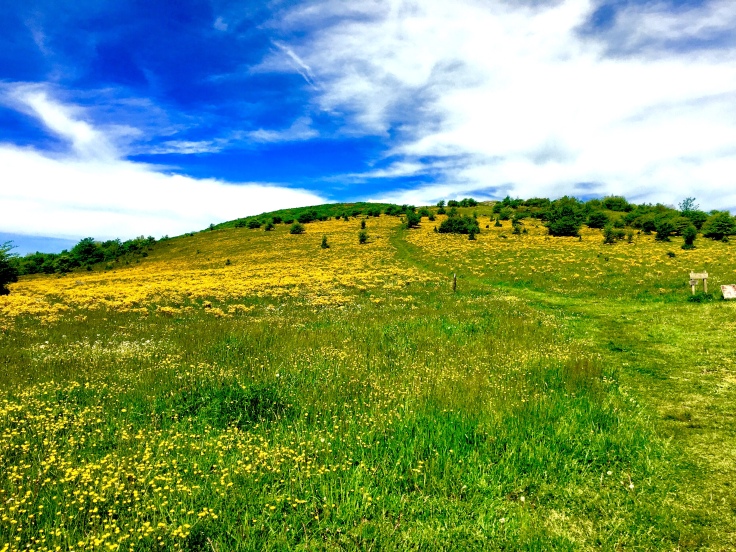 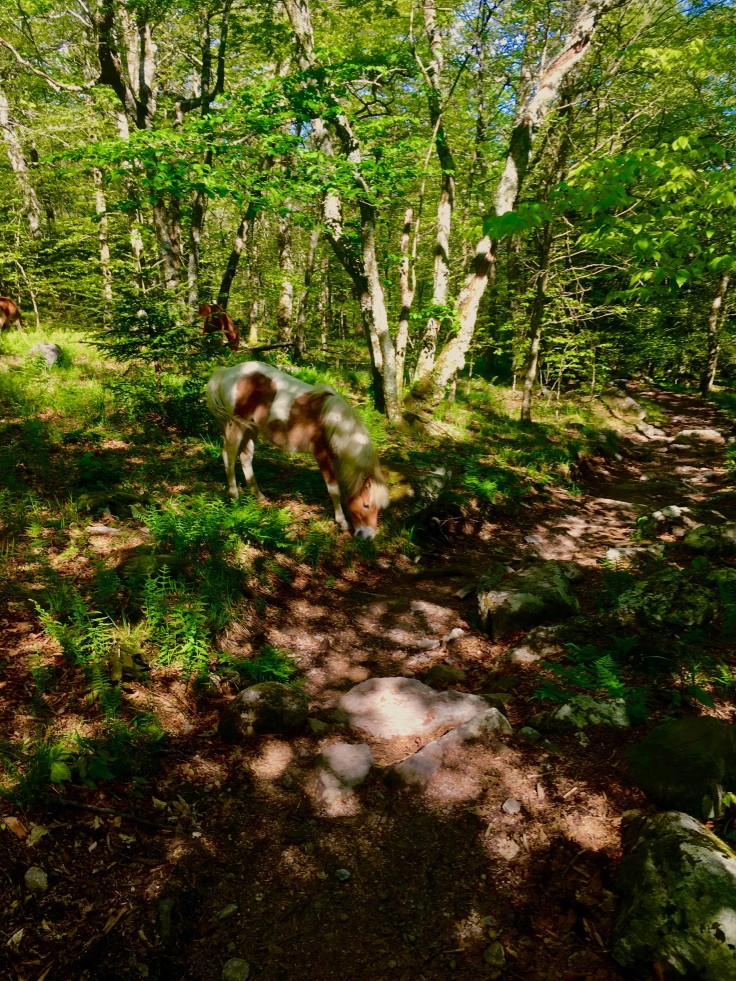 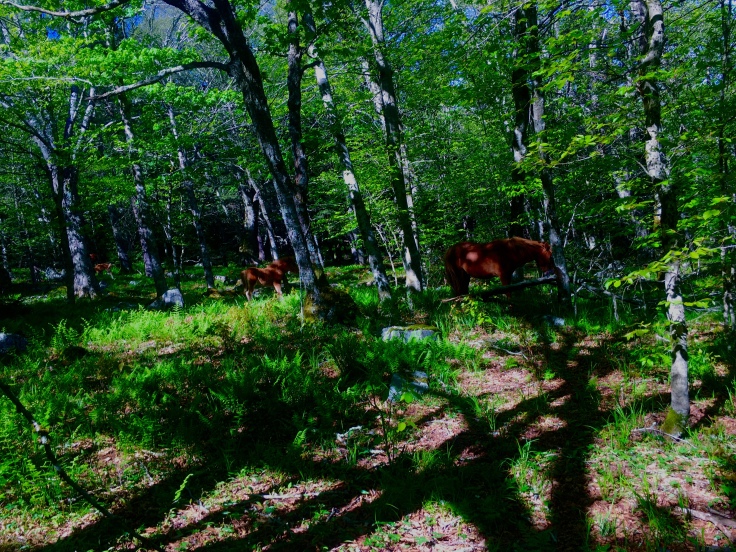 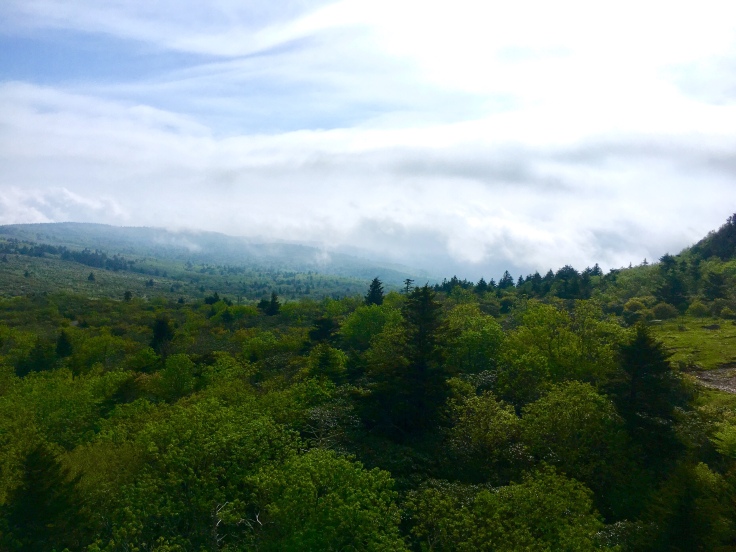 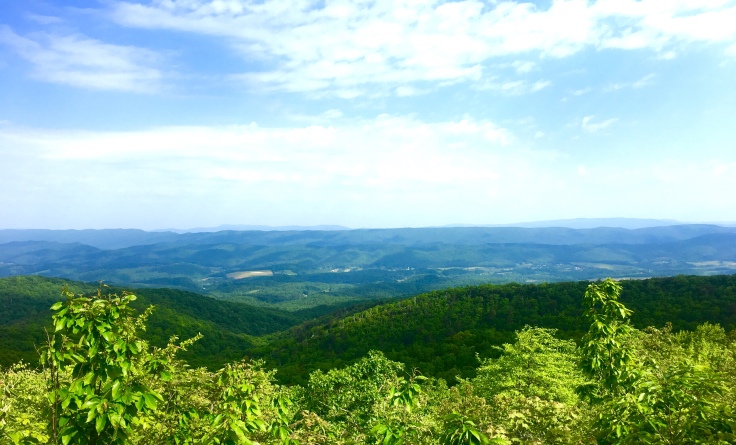 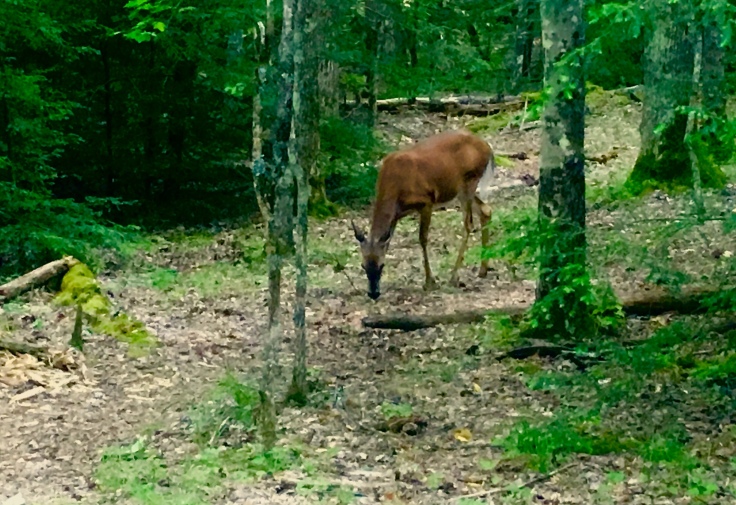 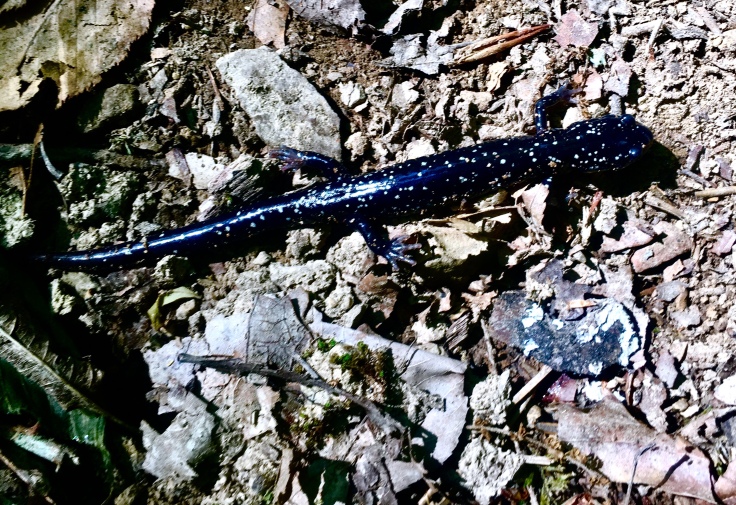 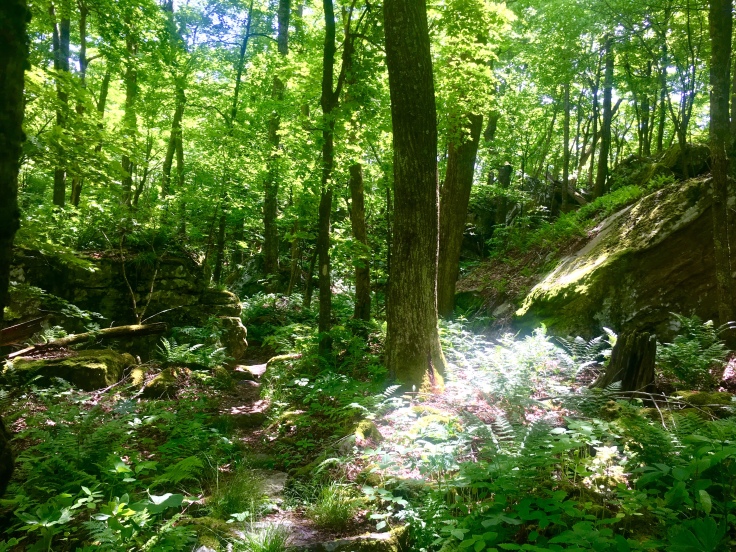 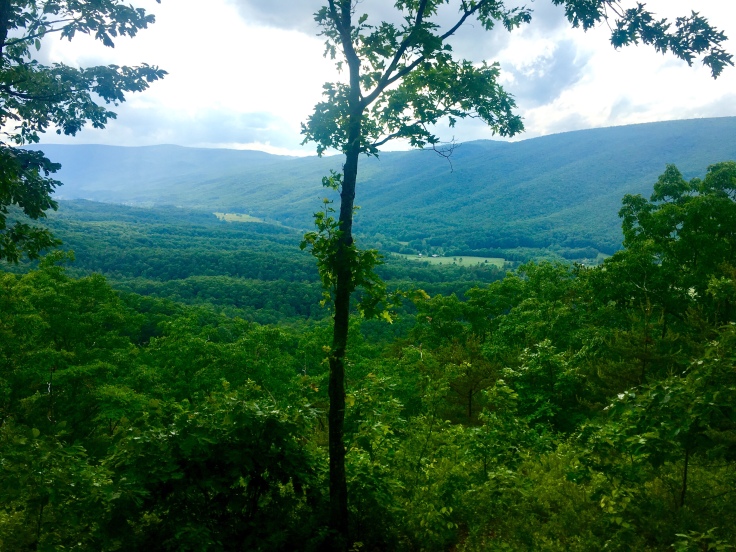 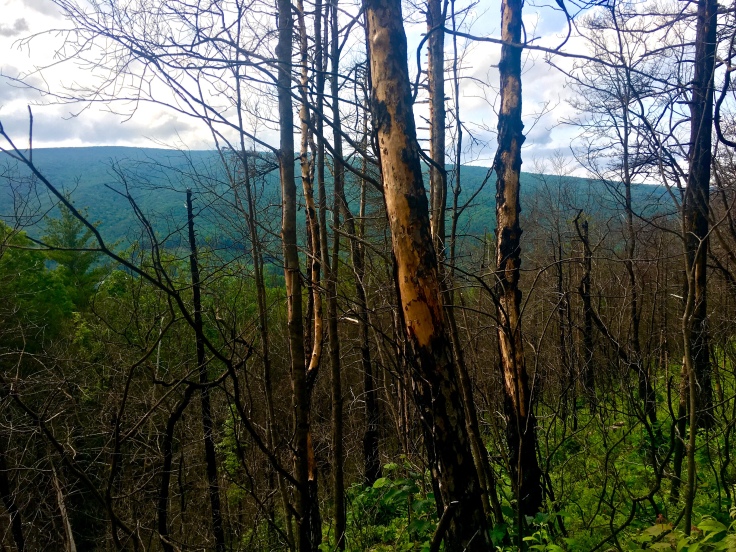 7 thoughts on “Hiking Back Home”